Home →About the city →History

History of the city

In September 1928 government decided on the construction of powerful sugar plants, the most powerful sugar plants supposed to be in Lokhvytsia. After the comprehensive discussion the construction site was adopted at the junction of the current Poltava, Sumy and Chernihiv regions, at a distance of 12 km from the city of Lokhvytsia and at a distance of 6 km from the railway station Lokhvytsia and the village of Pisky. This is why the construction was first named Piskobud. It was the field that was overgrown with sagebrush and wild turnip. Railroad Kremenchuk-Bakhmach crossed it. Sula river carried its waters only in 1,5 km.
Construction and sugar production required railway, modern ways and water. From this point of view the construction site was chosen successfully. 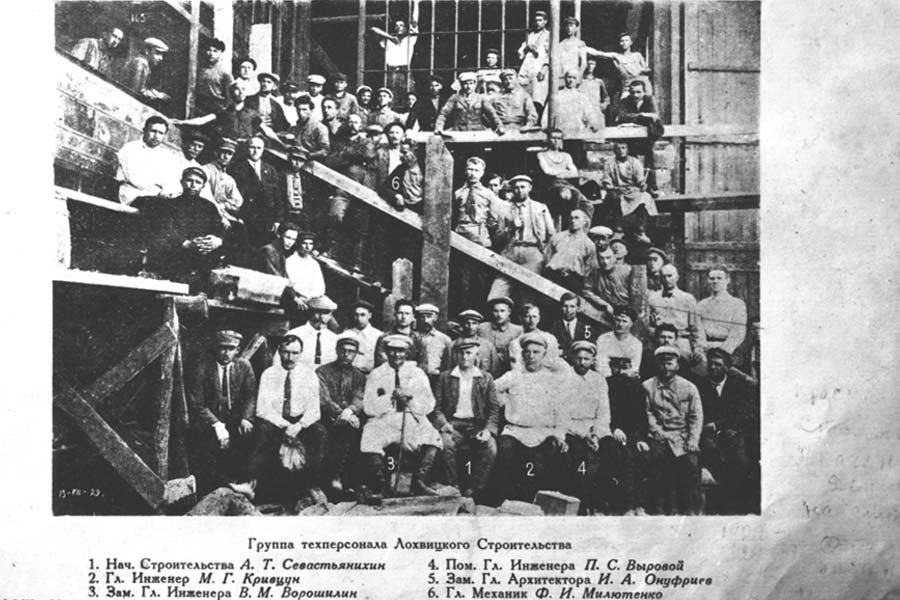 September 6, 1928 the group of 22 engineers and workers arrived to the sugar plant construction site. Peasant carts harnessed with horses and oxen moved to the construction from all the ends of Lokhvytskyi and neighboring districts.
November 7, 1928 a solemn sugar plant laying ceremony took place in the field of Romny district which included Lokhvytsia and which was the part of Kharkiv region. Among those, who arrived for the construction, were stonemasons, joiners, diggers, but mostly it was young people who didn't have any specialty. After 2 months the group of builders had 1000 workers and 57 technical and engineering workers. Houses, offices, bath-house and the foundation of main building were primarily built. In winter cold it was almost impossible to do external works. Deliveries of the imported equipment, that had been produced under the loan of the first Briunsk machine-building plant in Czechoslovakia, were delayed.
In fact, the plant was built for 6 and half months. September 30, 1929 testing of factory equipment began. At the same day a railway station "Stalinska tsukrovarnia", now "Sula", was opened.
The first production season began in October 1929.
In 1937 the plant was united with beet economy and Lokhvytskyi sugar plant was created.
In 30's there was a problem of rubber among many issues, which have appeared in the country. It was purchased for tremendous funds abroad.
At the same time, scientist chemist Lebedev S.V. developed the technology of industrial production of rubber by synthesis, the main component of which was ethyl alcohol. At the same time, there was a great demand for alcohol in the country for technical purposes. In this regard, the government has decided to build seven large alcohol factories, including Lokhvytskyi.

The choice of the construction site of Lokhvytskyi alcohol plant was oriented on the raw materials - molasses, which supposed to be received from the giant of the sugar industry – Lokhvytskyi sugar plant. Spadework started in late 1931, and the construction of major facilities was completed in the first quarter of 1932 (the main building, the shop of carbon dioxide, the mechanical workshop, the material warehouse). In the second half of 1933 all the construction and installation work began to be conducted by economic means. It was extremely difficult to build. The whole mechanization of that time consisted of several stone breaker. Gravel for concrete was harvested there. And it was necessary to build a nearly 40-meter building with monolithic reinforced concrete frames. It was built by hand. There were 1200 workers on the construction site, they lived in dormitories. The construction and installation of major industrial facilities were completed in October 1934, as well as the construction and improvement of residential settlements.
December 7, 1934, the People's Commissariat of Food Industry of the USSR issued an order for the introduction of Lokhvytskyi Alcohol Plant into the number of existing enterprises. A special page in the history of the enterprise was industrial experiments on the recycling of bards.
In the thirties, one of the ways to utilize the bards has been identified in order to obtain cyanide compounds. They were necessary for the national economy. Therefore, in 1934, it was decided to build an experimental plant "TsS № 1". Construction work was completed in 1937. It was the only plant in the Soviet Union. There was another such plant in Germany, Dessau.
New enterprises demanded young highly skilled workers. In 1931, a chemical and mechanical technical college was opened on the territory of the settlement, which trained specialists for the sugar industry. Since 1944 the technical college has been preparing specialists of fermentation production.
In 1936, a grain reception station and a fattening station for cattle were constructed at a sugar plant. 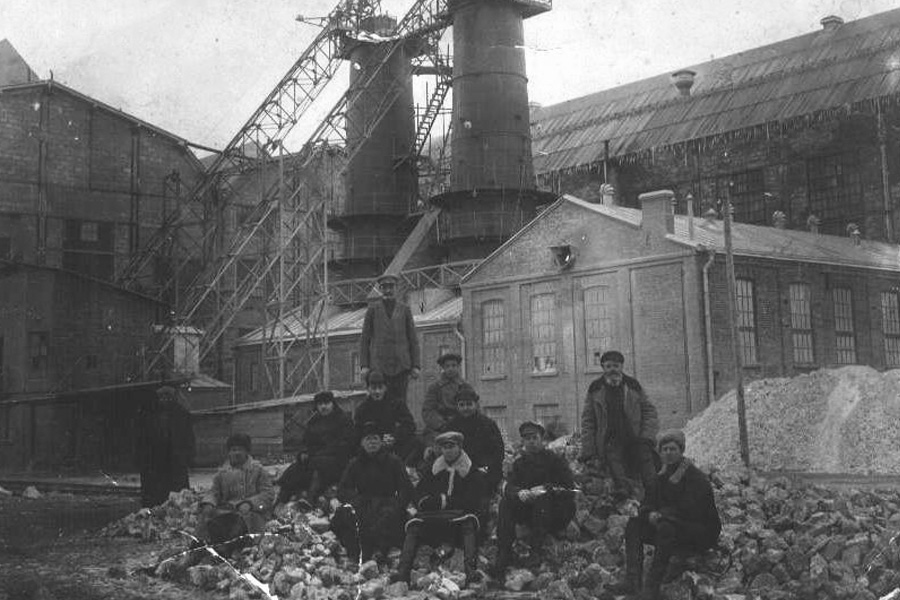 Thus, the history of a small industrial city of Chervonozavodske began.
Houses, roads, planted gardens were built near two giants-plants. The town became better and more attractive every year.
The raging years of the Great Patriotic War didn't pass our city, leading to devastation, human death, sorrow and sadness. Everything, that was achieved, was voided by the war. The invaders occupied the territory of the city for two years, from September 12, 1941 to September 13, 1943,.
During the occupation, the Nazis destroyed a number of important sites in the village of Stalinka (Chervonozavodskoye), including: the main building of the sugar plant, a railway station, many residential buildings, a steam room, a club and a dining room. Fascists were unable to adjust production at enterprises. There was no raw material, no fuel, there was no desire to work for the Germans, although it was necessary to live.
During the occupation, a significant part of the valuable equipment of the sugar plant was evacuated to Germany. The invaders had increased interest to the plant "TsS". According to eyewitnesses, it was a barometer of the position of the invaders on the fronts of the Great Patriotic War. As soon as our troops broke through the front in some area, the "economic advisers" of the invaders quickened the pace of dismantling and packaging in equipment boxes of the plant "TsS No. 1" for export to Germany. The plant was completely destroyed by the autumn of 1943.
Retarding, the fascists started to destroy enterprises methodically. Everything they could not take out - they burned, and what was not burned, they undermined. People were in trouble with pain in their hearts. It seemed that everything died at one time - the plants that they built, worked on, were going to work, and continued to work. There were chests of ruins, destroyed equipment, hanging reinforced concrete beams on the naked armature, and again ruins. Only 37-meter main building of the alcohol plant was raised over the ruins.
The most explosive was laid under its central column, but it sustained. People survived.
It was a very difficult time of the reconstruction of plants and the whole village. All of this was mainly based on women's and children's shoulders. Being a caring hosts, the winners gathered everything that could be useful for the development of the village, and first of all its plants. Before the end of the war, most of them had already given their products. In 1943-1945, in fact, the sugar plant had to be built again. The team coped with this task, as evidenced by the Order of Lenin, which was awarded in 1967 to Lohvytskyi sugar-makers. By the way, this is the only time in the history of the sugar industry of the Soviet times.
On March 28, 1977, the Decree of the Presidium of the Supreme Soviet of the Ukrainian SSR classified the village of Chervonozavodske to the category of towns of regional subordination.
In 1986, the village of Brysi (founded in the XVII century as a Cossack settlement) was attached to the city of Chervonozavodske by a decree of the Presidium of the Verkhovna Rada of Ukraine.